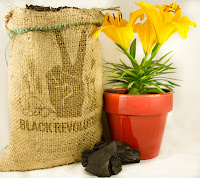 A few things can be high-lighted from this link to Re-char...

Posted by Trlahh at 6:36 pm No comments:

For those interested in biochar market development and pricing, Tom Miles has posted the following at http://tech.groups.yahoo.com/group/biochar/message/13370

“We producing rice husk charcoal in large quality want to find buyer. Our product can be formed in every shape as we make it as powder.
Please let us know if you want to have sample. Our EXW price fix at USD 450/ton. main port Haiphong”

There is currently no established market yet for biochar in SEA so pricing can either be set by international demand (the target of the marketing effort, above) or by other existing market values for the products of pyrolysis. The value of charcoal in SEA can vary a lot depending on,
I suggest that the most conservative valuation you can currently place on biochar (when you want to value it for commercial scale project economics) is to value it for is energy content. Charcoals should have similar CV to coal, so I suggest that the least you could ever value biochar is the equivalent price /tonne for local coal. In Malaysia, this is ~US$200 /T.

I believe its value to agriculture and the environment will prove to be much higher in the future but this is still to be demonstrated in the field(s).

Posted by Trlahh at 5:48 pm No comments:

The Effect of Biochar on the Growth and N Fertilizer Requirement of Maize (Zea mays L.) in Green House Experiment